What are you looking for?

What is the Entourage Effect?

The entourage effect could be summed up with the saying “a whole is greater than the sum of its parts.”

Cannabis users and researchers have observed that CBD oils are often more effective when they contain all of the cannabinoids found in the original hemp plant. This includes compounds like CBC, CBG, CBN, and trace amounts of THC.

But why is this? Let’s take a look at the science behind the entourage effect.

To understand why the entourage effect exists, it helps to know a little about how CBD interacts with the body.

In a 1988 study, researchers at the Saint Louis University School of Medicine first identified neuroreceptor sites in the brain that respond to cannabis compounds. The scientists named these sites “cannabinoid receptors” and the molecules that interact with them “cannabinoids.” Later, the researchers found out that cannabinoid receptors are the most abundant types of neuroreceptors in the brain.

For example, our skin contains both CB1 and CB2 receptors, which is why topical CBD can work on localized pain and skin conditions.

It was only when scientists discovered the endocannabinoid system in 1992, however, that they fully realized how widespread the role of cannabinoids and CB receptors are.

Dr. Allyn Howlett and Dr. William Devane identified distinct cannabinoids and their function. They nicknamed the first cannabinoid they discovered “anandamide” after a Sanskrit word meaning “bliss,” due to its role reducing pain and discomfort.

After finding several other cannabinoids, the researchers began to suspect that this system of cannabinoids and receptors was responsible for regulating many key bodily functions, including:

The doctors named this network the endocannabinoid system.

There are two main types of cannabinoids that are able to stimulate the endocannabinoid system.

Endocannabinoids are naturally produced by the human body. Anandamide and 2-arachidonoyl glycerol (2-AG) seem to be the most important to the endocannabinoid system.

Phytocannabinoids are found in plants like pepper, cloves, and cannabis. Cannabis plants are thought to contain over 100 of them.

CBD is a phytocannabinoid as well as other cannabis compounds like THC, CBN, and CBG. Researchers studying how phytocannabinoids interact with the endocannabinoid system have found that each compound works in a slightly different way, almost like different keys that fit into different locks in the system.

For example, THC is the key for CB1 receptors in the brain and central nervous system. The THC molecule is the exact shape and size to fit into a complementary opening in the CB1 receptor.

Cannabinol (CBN) interacts with CB2 receptors in the peripheral organs and the immune system, which is why many cannabis experts recommend strains high in CBN for insomnia and anxiety.

According to current research, CBD seems to work a little differently, fitting neither CB1 nor CB2 receptors. Instead, CBD indirectly affects the endocannabinoid system, helping the body produce and maintain its own endocannabinoids. 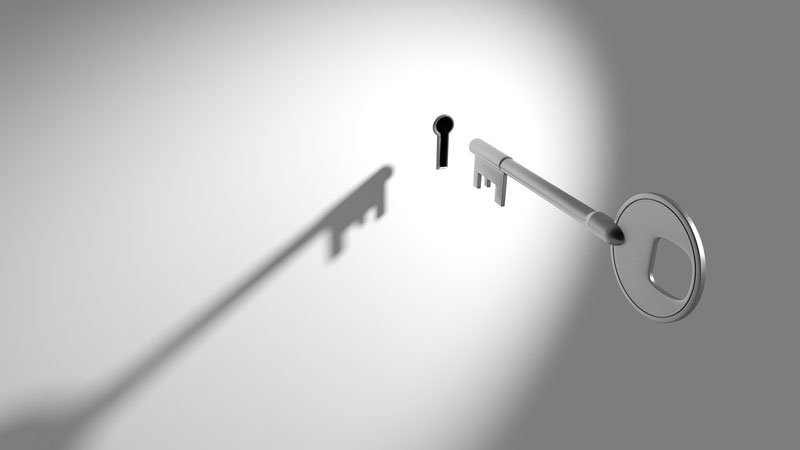 Discovery of the entourage effect

The scientists observed each cannabinoid working more efficiently when supplied to the body together, than when isolated and supplied individually. They named this phenomenon the entourage effect.

How THC and CBD interact

The Chinese philosophy of Yin/Yang provides an excellent analogy for the relationship of THC to CBD. At first glance, the two compounds may seem to work in opposite ways. Instead, they work together to help the body maintain internal balance.

CBD products that contain a small amount of THC work better for many conditions. If you stick to a low THC content, you’ll have minimal psychoactive effects.

CBD lessens some of the effects of THC, such as:

The entourage effect isn’t just about cannabinoids, however. Terpenes are another compound that seem to play a role in how cannabis and CBD affect the endocannabinoid system.

Terpenes are aromatic oils that give some plants their distinctive tastes and odors. Most plants, including cannabis, produce terpenes to repel harmful insects and attract helpful pollinators. Many of the most distinctive fragrances in nature, from lavender to lemons, are due to the terpene profiles of those plants.

So far, researchers have discovered over 200 different terpenes in cannabis that can modulate the effects of cannabinoids. Like CBD, terpenes work indirectly on cannabinoid receptors instead of in a lock-and-key manner. Scientists suspect that terpenes may be responsible for the different effects of Sativa and Indica plant strains (a popular way of categorizing cannabis plants).

Some of the most common terpenes in cannabis include:

How to get the entourage effect

As a CBD or cannabis consumer, there are several ways that you can take advantage of the entourage effect.

1. Use a full-spectrum CBD product

full-spectrum CBD products contain a range of cannabinoids and terpenes—CBD isolates do not.

Very low amounts of THC are safe, legal, and a sign of a true whole-plant extract. (There’s no such thing as zero THC cannabis.)

3. Use a dry herb vaporizer instead of smoking cannabis

They can help pinpoint strains relevant to your specific needs.

Many dispensaries organize their products by terpene profile, and may even allow you to smell each flower to get a sense of what kinds of terpene naturally appeal to you.